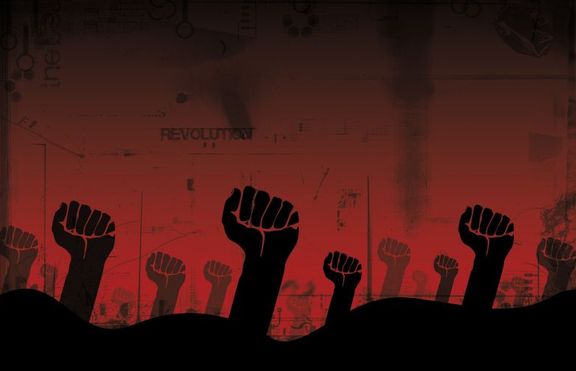 This year 1st May is going to be very different from what we have seen in the past. With the coronavirus pandemic and the ongoing social distancing measures implemented all over the world, traditional forms of protests, marches and demonstrations can’t take place the same way as we came to know them in the previous decades. This gives us, LevFem, a Bulgarian socialist feminist group a strange vantage point to reflect on our own work and position.

The audio recording is read by LevFem member Kalina Drenska on behalf of the collective.

We are a group of mostly migrant Bulgarian women and queer people, operating in an otherwise volative context of workers and women rights in Bulgaria. As such, we have had to do a lot of our own group communication and outward facing activity on labour rights and social reproduction through online platforms, and print and social media means. This predicament, not untypical for Left groups throughout East-Central Europe, always felt profoundly limiting. Part of our internal process has been dedicated to a dialogue about the limitations of virtual activism and self-deprecation vis-a-vis those ‘on the ground’. Yet, at this point, the strange sense of ‘we are all in this together’ that caught those locally present and globally dispersed alike, allows us to think of ways in which the analysis we have been making, the struggles which we have seen as transversal to ours, and the pressure to profoundly rethink the way we organise come together in a meaningful urgent way.

So, what is at stake? Millions of workers are stuck at home without a job and a way to sustain themselves. Others – especially in the care, logistics and agricultural sectors – are forced to work and keep ‘the economy’ even if these means risking their lives and health. The coronavirus pandemic is evolving into a crisis of capitalist production and is deepening further the crisis in social reproduction. That speaks a lot to a reality well known if ever more alarming to those of us working on feminism and labour rights in Eastern Europe, Bulgaria, or perhaps in “peripheral” locations in Europe in general. When slowing down or stopping the production cycle means death to economic activity, it would, of course, be thrilling to think it will mean the end of the capitalist economy. However, this is not as straightforward. After 1989, as part of the ‘decommunisation’ and the shift towards free-market economy, countries in our region underwent a mass privatisation on a drastic scale making national industry, agriculture and services a private asset. Those partly or fully public ones, as healthcare or education, have since been bled out to an extent that makes work there a personal risk for those involved. The recent nurses’ protest in Bulgaria revealed the sad reality in our healthcare system and the appalling conditions nurses have to deal with. The nurses’ struggle has, ironically, been put on hold as nurses were sent into the flames of the pandemic to save lives without PPE. This larger process of capitalist transformation sent up to three million Bulgarians in emigration, many working in what today become the ‘essential’ sectors in advanced capitalist societies – labour intensive production and social reproduction or care work. In a country of just over seven million, it meant every family lost at least one member to migration. Many of us in LevFem are part of a generation in which staying in Bulgaria was against-the-wall option for personal security and dignified work.

Yet, what this period taught us was not to trust the ideologists of the system, determined to make us believe that there is an ultimatum: either we stay safe and healthy, or we save the economy. Of course, the urgency with which this message comes today due to the COVID-19 pandemic is new. Having lived through the pandemic of free-market fundamentalism, we have seen this same message being used to justify ever bigger infringements on our social rights and securities. We have seen for decades now how in most families, the burden of social reproduction is even more shifted to the shoulders of women. Now this is brought to an extreme as the previous double shift converges on the same place-the home. Still, this is a reality which women working as home workers within the outsourced garment industry in Bulgaria and other Eastern European countries have experienced for many years now. Taking up the only jobs available in their locality, they have either had to stay and work from home, while still taking care of children and elderly people; or have been pushed to emigrate and take frontline underpaid, precarious care work. This reality of Bulgarian and other women from so-called peripheral contexts, now becomes a predicament of an ever broader number of precarious workers also in advanced capitalist democracies, who are pushed into work from home or frontline work with little to no protective measures against the deadly virus. With COVID-19 developing across Europe, we have seen how this has also meant sacrificing Eastern European care workers and now also, seasonal migrant workers to save the Western harvest and consumption.

However, as pointed out, it is dangerous to think that this situation alone will bring the end to the capitalist regime. Global inequalities will still allow capital flight and worker displacement and containment through border regimes and inter-government agreements that would serve economic growth while also nurturing a predatory system of global inequality and exploitation. We have seen this happening in Eastern Europe in the last decades without the excuse of a pandemic – there is no reason not to see history repeated under the same ideological justification of saving the economy while neglecting human and social needs. The system is flexible and cruel enough to evolve and take different shapes in order to keep going, even if this means the establishment of even more authoritarian and exploitative regimes.

However, it is also counterproductive and defeatist to think of the current historical moment as a moment of unquestionable triumph of the increasingly fascist capitalist organisation. We are and have been for a while in a historical moment of intensified class struggle. As such, we need to remind ourselves that right now we ARE in position to make political and social demands. Things that were unthinkable just months ago are becoming reality as the whole system is shaking. This is why for the 1st of May we send our solidarity to all workers, women, marginalized communities and struggling people across the world, but we also want to join the global voices all over the world that demand that our health and safety are not sacrificed in the name of the capitalist economy; that demand social and financial security for the working people and the poor instead of bail-outs for big corporations; that demand that public systems such as healthcare and education are socialised, well funded and built on the principle of solidarity and care instead of profit maximization; that demand that mobility is a people’s right instead of capitalist feature to move ‘cheaper’ labor wherever and whenever it is needed most.