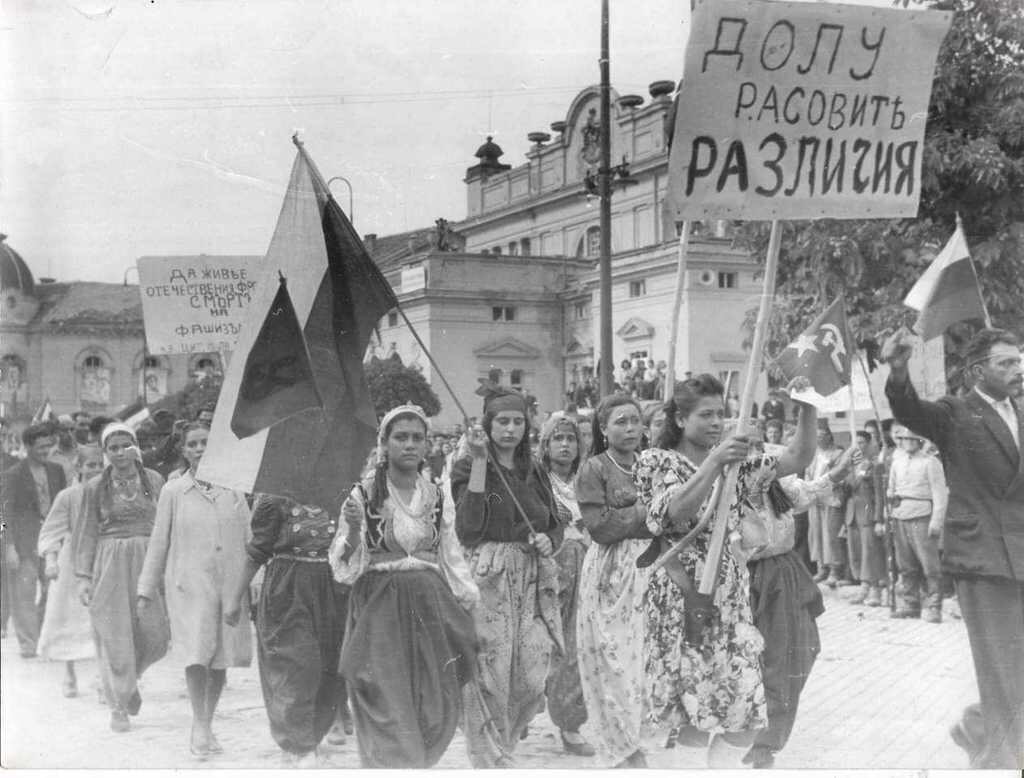 Anti-Roma racism, ethnophobia, and prejudice have reached intolerable proportions in Bulgarian government, the Bulgarian public sphere, and Bulgarian society at large. LevFem stands in solidarity with our Roma sisters and brothers who are subjected to incessant daily racist abuse, harassment, violence, and dehumanization, and navigate countless forms of prejudice while surviving an increasingly hostile racist, ethnophobic, and xenophobic social environment.

On January 9, Vice Prime Minister of Bulgaria Krasimir Karakachanov called bulldozers and began the demolition of informally-built Roma homes in the village of Voivodinovo near Plovdiv. The demolitions in Voivodinovo are preceded by a chain of similar measures in other Roma neighborhoods for years now. This is what has become a common racist retaliatory tactic that holds responsible and punishes the entire Roma community or entire Roma neighborhoods for cases of violence or scuffles involving individual Romas, who are then highly publicized in the press in ways that stigmatize and criminalize the Roma people as a whole. Karakachanov continues to spew racist and dehumanizing anti-Roma language and mobilizes anti-Roma prejudice to defend and justify the destruction of Roma families and communities. While covering the events in Voivodinovo, the media corroborates and often amplifies negative anti-Roma attitudes in society at large. There is no mention where the displaced families are going, no concern for their lives or futures. As others have pointed out, the demolitions are happening in the midst of winter.

LevFem strongly condemns the demolitions of Roma homes and the blatant anti-Roma racist statements, which Karakachanov and other members of government continue to spew, fueling racism, ethnophobia, and more prejudice against the Roma from positions of power and authority. The statements deepen and escalate what are already extreme conditions of racist, ethnophobic, and xenophobic hostility towards Roma people and other minorities. Further, the demolitions are part of a politics of deliberate oppression and annihilation of the Roma by a neoliberal, right-wing nationalist, and racist majority in government, which targets the Roma people’s means of social reproduction—their homes, their access to resources for basic needs, their means of survival and the reproduction of their daily lives. This is an escalation of a systematic dehumanization and discrimination of the Roma people, ushered by thirty years of postsocialist neoliberal government policies and privatization reforms, which have consistently dispossessed Roma neighborhoods of basic adequate social and public infrastructure, while blaming the intolerable living conditions in these neighborhoods on the Roma.

Access to the means of social reproduction and the social infrastructures that provide them is a forefront feminist issue. It has been a site of subordination and intense control—as well as a primary terrain of struggle—for women and for ethnic, racial, and immigrant minorities.

We call for ZERO tolerance for anti-Roma racist and ethnophobic language circulated by members of government, in the public sphere, and in the news and entertainment media. We urge for action and call for international and local solidarity with the Roma people in Bulgaria and beyond.

Please join the protest demanding the immediate resignation of Karakachanov: 14 January 2019, the date of the Vasilitsa holiday, the Roma New Year, at 14h, in front of the Ministry Council. https://www.facebook.com/events/997452033783123/
Please sign the petition initiated by Postoianna Romska Konferentsia/Permanent Roma Conference: https://www.peticiq.com/220857
Please share this statement, organize, and act in every possible way to confront and fight racism, ethnophobia, and xenophobia in the public sphere, on social media, and in everyday life in Bulgaria. 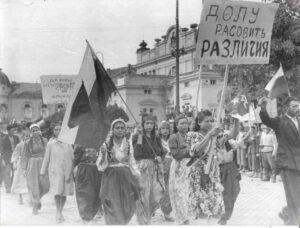